Welcome back to Employee Picks!

And Happy Halloween from your favorite werewolf living in the derelict strip mall just outside of town, Wedge! Now, I know I skipped last month, but that's simply because I'm lazy and the asshole who owns this site pays me fucking peanuts to write this thing so count yourself lucky I even write it at all!

Anyway for spooky month I'm reviewing one of my favorite podcasts, Video Palace! For those unfamiliar, Video Palace is a podcast produced by SHUDDER the self described "Netflix of Horror" and honestly that title is well earned, I'm in no way sponsored by SHUDDER but I'm telling you if you don't have a subscription it is well worth it, but you don't need one to check out Video Palace as it's streaming wherever you get your podcasts! 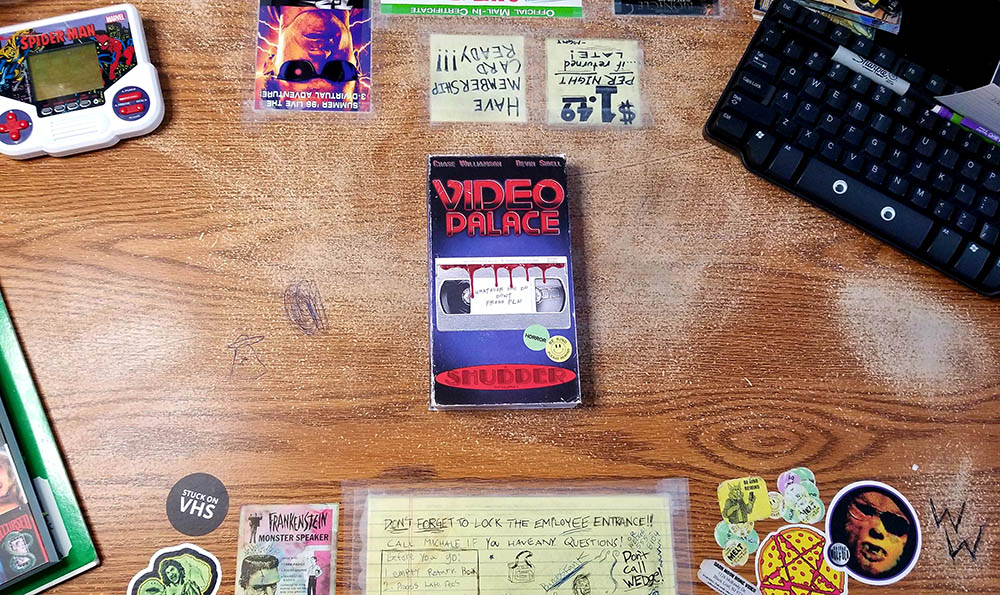 The podcast follows Mark Cambria an avid collector of VHS tapes, a man after my own heart, as he experiences a sleep talking incident following the viewing of a strange white tape. After a little digging Mark discovers that his tape isn't the only one, and is in fact a bit of a legend in the VHS community. With the help of his girlfriend, Tamra, Mark creates an investigative podcast aimed at uncovering the origins of these tapes and what starts as a hobby looking into an interesting bit of lost media, quickly becomes an obsession that will lead Mark directly into a web of conspiracy surrounding a legend better left unexplored.

Video Palace is a very well produced audio drama that genuinely feels like a "found footage" podcast, it avoids the pitfalls of other media in this genre deftly and does a great job at immersing you in the story. And it's creepy as hell! Mark's sleep talking episodes in particular are incredibly haunting. It's so good the only conclusion I've come to is that it is, in fact, not fictional. Mark Cambria is still out there and I'm gonna get to the bottom of this! I interviewed various "cast" and "crew" of this so called "fictional" podcast but I only had one question for all of them:

Where the Hell is Mark Cambria?!

"Where is Mark? He’s right here, inside of me, along with a multitude of other men I’ve been before and after him. He’s inside you, too. Mark Cambria is inside all of us, you just need the courage to look."

"It must be awfully hot inside that mask, I think your brain is melting."

“You should ask Ben and Bob. They wrote it.”

Ben Rock: "Jesus! You scared the fuck out of me. What did you say? Your stupid mask is muffling your…Uhhhh…."

Wedge: "Where is Mark Cambria?!"

BR: "Look man, I’m just trying to drink my latte and be left the Christing fuck alone. Is that cream cheese caked into your mouth fur?"

W: "I had a bagel inside....not important. Where is Mark Cambria?!"

BR: "I honestly don’t understand a fucking thing you’re saying. But please leave the mask on. It’s the coolest thing about you."

baby in the car loses it

"Wow, cool werewolf costume! Unless it's not a costume? Either way, I'm down. As far as Mark Cambria, listen...everyone else probably told you about how the show is fictional and all, and sure, that's what SHUDDER wants everyone to believe. Cuz Video Palace being real means that Mark would really be...somewhere else. Someplace where humankind was not meant to go. But I've said too much! They're listening, you know."

Well with nobody, except Bob DeRosa, changing their story it looks like I'll have to accept the fact that Video Palace is just a really well written audio drama and not a vast conspiracy trying to profit off of the mysterious disappearance of a man delving into the depths of the unknown. Lame.

But don't take my word for it, listen to Video Palace, maybe get a little obsessed. Just not too obsessed or you could end up disappearing yourself. 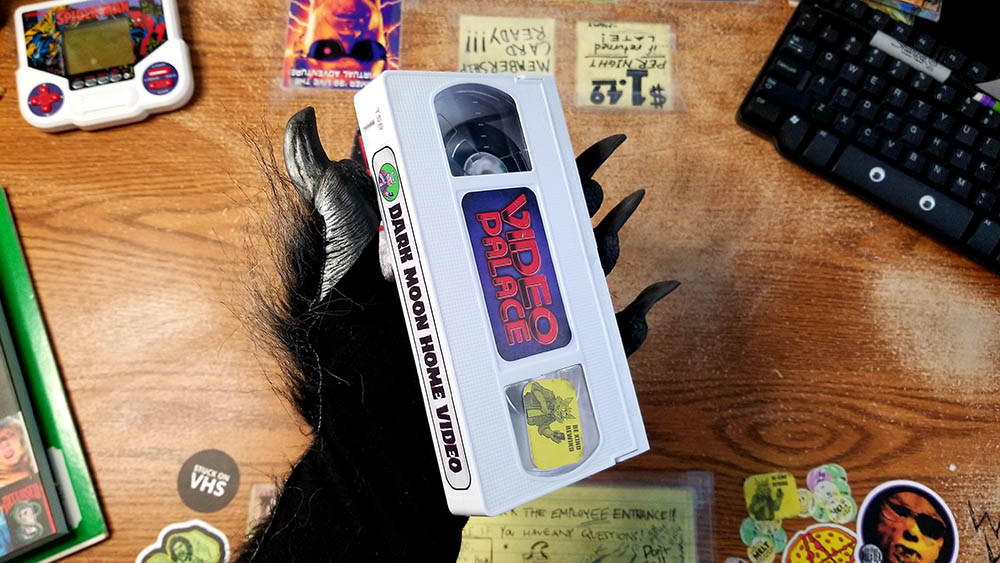 Speaking of which, Bob if you're reading this, where'd you get that smoke bomb?! Because my sinuses have been freaking the fuck out for the last 3 days and my skin itches all over!